Miami is one of the world’s most popular holiday spots. It has so much to offer; from its countless beach areas, to culture and museums, from spa and shopping days out, to endless cuban restaurants and cafes. Miami is a multicultural city that has something to offer to everyone.
Day 2 to 4 — At Sea
Day 5 — Puerto Limón
Christopher Columbus became Costa Rica's first tourist when he landed on this stretch of coast in 1502 during his fourth and final voyage to the New World. Expecting to find vast mineral wealth, he named the region Costa Rica ("rich coast"). Imagine the Spaniards' surprise eventually to find there was none. Save for a brief skirmish some six decades ago, the country did prove itself rich in a long tradition of peace and democracy. No other country in Latin America can make that claim. Costa Rica is also abundantly rich in natural beauty, managing to pack beaches, volcanoes, rain forests, and diverse animal life into an area the size of Vermont and New Hampshire combined. It has successfully parlayed those qualities into its role as one the world's great ecotourism destinations. A day visit is short, but time enough for a quick sample.
Day 6 to 7 — At Sea
Day 8 to 9 — Manta

Beautiful colorful sunset at the beach in Manta, Ecuador

Day 10 — Machala
Several National Sanctuaries and Ecological Reserves found near Machala boast sun-drenched beaches and mangrove forests. Pelicans, frigatebirds, and egrets nest nearby as Blue-footed Boobies dive for fish further out to sea. Whales and dolphins can occasionally be seen in the vicinity. Machala, with a population of approximately 250,000 inhabitants, is moreover known for traditional Latin American foods from shrimp ceviche to fried bananas. In fact, bananas feature heavily in the culture as the city is also known as the “Capital of the Banana.” During the third week of September the ‘World Fair of the Banana’ is held here and producers and buyers from Perú, Costa Rica, Colombia, Venezuela, México, Paraguay, Uruguay, Bolivia, Argentina, Guatemala, Panamá, República Dominicana, El Salvado, Honduras and Ecuador attend the event.
Day 11 to 12 — At Sea
Day 13 to 14 — Callao
When people discuss great South American cities, Lima is often overlooked. But Peru's capital can hold its own against its neighbors. It has an oceanfront setting, colonial-era splendor, sophisticated dining, and nonstop nightlife.It's true that the city—clogged with traffic and choked with fumes—doesn't make a good first impression, especially since the airport is in an industrial neighborhood. But wander around the regal edifices surrounding the Plaza de Armas, among the gnarled olive trees of San Isidro's Parque El Olivar, or along the winding lanes in the coastal community of Barranco, and you'll find yourself charmed.In 1535 Francisco Pizarro found the perfect place for the capital of Spain's colonial empire. On a natural port, the so-called Ciudad de los Reyes (City of Kings) allowed Spain to ship home all the gold the conquistador plundered from the Inca. Lima served as the capital of Spain's South American empire for 300 years, and it's safe to say that no other colonial city enjoyed such power and prestige during this period.When Peru declared its independence from Spain in 1821, the declaration was read in the square that Pizarro had so carefully designed. Many of the colonial-era buildings around the Plaza de Armas are standing today. Walk a few blocks in any direction for churches and elegant houses that reveal just how wealthy this city once was. But the poor state of most buildings attests to the fact that the country's wealthy families have moved to neighborhoods to the south over the past century.The walls that surrounded the city were demolished in 1870, making way for unprecedented growth. A former hacienda became the graceful residential neighborhood of San Isidro. In the early 1920s the construction of tree-lined Avenida Arequipa heralded the development of neighborhoods such as bustling Miraflores and bohemian Barranco.Almost a third of the country's population of 29 million lives in the metropolitan area, many of them in relatively poor conos: newer neighborhoods on the outskirts of the city. Most residents of those neighborhoods moved there from mountain villages during the political violence and poverty that marked the 1980s and ’90s, when crime increased dramatically. During the past decade the country has enjoyed peace and steady economic growth, which have been accompanied by many improvements and refurbishment in the city. Residents who used to steer clear of the historic center now stroll along its streets. And many travelers who once would have avoided the city altogether now plan to spend a day here and end up staying two or three.
Day 15 — Ballestas Islands
Day 16 — Arica
Arica boasts that it is "the land of the eternal spring," but its temperate climate and beaches are not the only reason to visit this small city. Relax for an hour or two on the Plaza 21 de Mayo. Walk to the pier and watch the pelicans and sea lions trail the fishing boats as the afternoon's catch comes in. Walk to the top of the Morro and imagine battles of days gone by, or wonder at the magnitude of modern shipping as Chilean goods leave the port below by container ship.Arica is gaining notice for its great surfing conditions, and in 2009 hosted the Rusty Arica Pro Surf Challenge, a qualifying event to the world series of surf.
Day 17 — Iquique

Aerial view of downtown Iquique in the Atacama Desert, Chile

Day 18 — Antofagasta
Situated between the ocean and the mountains of the Coastal Range is Chile’s largest city of the northern region. Antofagasta's role as port for the exportation of nitrate began in 1866. In 1872, when silver was discovered, the first municipality was established. Today, Antofagasta is still the centre of nitrate and copper mining, as well as an important hub for rail traffic to La Paz, Bolivia, and Salta, Argentina. According to the treaty signed after the War of the Pacific, much of Bolivia's international commerce transits through Antofagasta. The area surrounding Antofagasta is renowned for having the highest solar intensity in the world. Its archaeological zones, desert and mountains make it a sought after place for travellers looking for unusual destinations. The city's landscaped plazas are a tribute to man's conquest over the desert. Plaza Colón boasts a landmark Westminster clock donated by the British residents; the design of the old Customs House is an odd combination of Spanish colonial and Swiss chalet-style architecture. The soil in the gardens along Avenida O'Higgins was brought from all over the world as ships' ballast, replaced by nitrate for their return voyages. Arriving by sea presents the best view of Antofagasta's unique setting between the ocean, the desert and the mountains – arguably the city's most impressive feature. Please Note: Due to the limited tourism infrastructure in this port, the buses and guides may not be up to Western standards but are the best available in this particular area. Local conditions may be challenging, therefore we urge flexibility and understanding as we visit these unique, and somewhat remote destinations. Pier Information The ship is scheduled to dock at the Port of Antofagasta, located about 2 miles (3 km) from the town centre. Taxis are not allowed inside the port. Shopping The major shopping area for local goods is found along the three-block pedestrian zone. A handicrafts market is located in the Plaza del Mercado, featuring articles made by artists in the High-Plateau area. Most shops open a 9:30 a.m. and close between 1:30 p.m. and 4:00 p.m. The local currency is the peso. Cuisine For good food with an excellent view, beach and swimming pool, the Hotel Antofagasta is worth a try. The Yacht Club is also noted for fine cuisine and a great view of the old harbour. Other Sites In addition to the attractions covered on the organized tour, sports enthusiasts will find a golf course with sand greens. Guests interested should check with the Shore Concierge Office on board well in advance for availability and reservations. Please bear in mind that mostly Spanish speaking visitors frequent this region; English is not widely spoken. Private arrangements for independent sightseeing may be requested through the Shore Concierge Office on board, subject to the availability of English-speaking guides. There are no sedans available, only vans.
Day 19 — Isla Pan De Azúcar
The rugged shores of Isla Pan de Azucar (or Sugarloaf Island) are home to thousands of Humboldt Penguins. The penguins come to this arid island to breed and spend their days fishing, swimming and diving, as do many of the other birds found here. The waters around Isla Pan de Azucar also support Kelp Gulls, Blackish Oystercatchers, Peruvian Boobies, pelicans, sea lions and the reclusive South American marine otter.
Day 20 to 23 — Matarani
Matarani is located on the south-western coast of Peru and gives access to the colonial city of Arequipa, 75 miles (121 km) inland. From here it is a 200 mile (322 km) drive to Lake Titicaca and 400 miles (644 km) to Cuzco and Machu Picchu. This major port is an important element in the current plan between the governments of Peru and Brazil to afford easy commercial movement between the Atlantic and the Pacific Oceans by both countries. Matarani is the gateway to Arequipa, where you discover its very interesting prehistory that spanned over 10,000 years, ending with the arrival of the Spanish in the 1530s. Arequipa is rich with not only Inca archaeology, but also various pre-Inca cultures, and even earlier nomadic hunter-gatherers. Arequipa is also known as the 'Ciudad Blanca' (White City) for the numerous and magnificent constructions of temples, convents, big houses and palaces sculpted in white ashlar. It also possesses an excellent climate with almost 300 days of sun a year, with transparent blue sky.
Day 24 to 29 — San Antonio

Seabourn Quest, the newest ship to be added to the renowned Yachts of Seabourn luxury cruise fleet. Seabourn Quest is due to make it first voyage in Summer 2011. 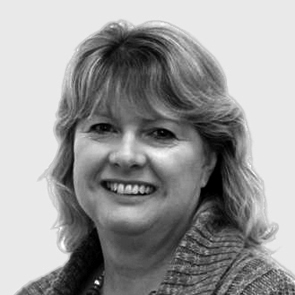