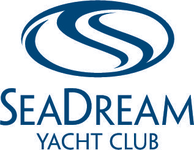 Departure 13 November 2020 | Barbados and the Grenadines

Barbados and the Grenadines

When you book SeaDream for your next luxury Caribbean cruise, you’ll never look at this region the same way again. Discerning guests choose SeaDream for their holiday because of their love for the yachting and a casual yet luxurious lifestyle. With an award-winning crew and amenities to keep you relaxed and pampered, you’ll never find a more rewarding voyage on the seas. If you are after that sort of remarkably different yachting experience, you have come to the right place. Welcome Aboard.

Sunset on the Beach, Barbados

After making use of your included airport lounge, fly direct to Barbados where you will be met and transferred by private vehicle to the Hilton Barbados Resort Hotel for an overnight stay.

Check out of the hotel and take your included private transfer to the port to embark the yacht.

Day 3 — Le Marin
Day 4 — Rodney Bay
Day 5 — Port Elizabeth, Bequia
Bequia is a Carib word meaning "island of the cloud." Hilly and green with several golden-sand beaches, Bequia is 9 miles (14½ km) south of St. Vincent's southwestern shore; with a population of 5,000, it's the largest of the Grenadines. Although boatbuilding, whaling, and fishing have been the predominant industries here for generations, sailing has now become almost synonymous with Bequia. Admiralty Bay is a favored anchorage for both privately owned and chartered yachts. Lodgings range from comfortable resorts and villas to cozy West Indian—style inns. Bequia's airport and the frequent ferry service from St. Vincent make this a favorite destination for day-trippers, as well. The ferry docks in Port Elizabeth, a tiny town with waterfront bars, restaurants, and shops where you can buy handmade souvenirs—including the exquisitely detailed model sailboats that are a famous Bequia export. The Easter Regatta is held during the four-day Easter weekend, when revelers gather to watch boat races and celebrate the island's seafaring traditions with food, music, dancing, and competitive games.To see the views, villages, beaches, and boatbuilding sites around Bequia, hire a taxi at the jetty in Port Elizabeth. Several usually line up under the almond trees to meet each ferry from St. Vincent.
Day 6 — Union Island
Day 7 — Saint George's
Nutmeg, cinnamon, cloves, cocoa those heady aromas fill the air in Grenada (pronounced gruh-nay-da). Only 21 miles (33½ km) long and 12 miles (19½ km) wide, the Isle of Spice is a tropical gem of lush rain forests, white-sand beaches, secluded coves, exotic flowers, and enough locally grown spices to fill anyone's kitchen cabinet. St. George's is one of the most picturesque capital cities in the Caribbean, St. George's Harbour is one of the most picturesque harbors, and Grenada's Grand Anse Beach is one of the region's finest beaches. The island has friendly, hospitable people and enough good shopping, restaurants, historic sites, and natural wonders to make it a popular port of call. About one-third of Grenada's visitors arrive by cruise ship, and that number continues to grow each year. Grenada's capital is a bustling West Indian city, much of which remains unchanged from colonial days. Narrow streets lined with shops wind up, down, and across steep hills. Brick warehouses cling to the waterfront, and pastel-painted homes rise from the waterfront and disappear into steep green hills. The horseshoe-shaped St. George's Harbour, a submerged volcanic crater, is arguably the prettiest harbor in the Caribbean. Schooners, ferries, and tour boats tie up along the seawall or at the small dinghy dock. The Carenage (pronounced car-a-nahzh), which surrounds the harbor, is the capital's center. Warehouses, shops, and restaurants line the waterfront. The Christ of the Deep statue that sits on the pedestrian plaza at the center of The Carenage was presented to Grenada by Costa Cruise Line in remembrance of its ship, Bianca C, which burned and sank in the harbor in 1961 and is now a favorite dive site. An engineering feat for its time, the 340-foot-long Sendall Tunnel was built in 1895 and named for Walter Sendall, an early governor. The narrow tunnel, used by both pedestrians and vehicles, separates the harbor side of St. George's from the Esplanade on the bay side of town, where you can find the markets (produce, meat, and fish), the Cruise Ship Terminal, the Esplanade Mall, and the public bus station.
Day 8 — Mayreau Island
The small island of Mayreau, just one and 1/2 square miles in area (3.9 square kilometres) is the smallest inhabited island of The Grenadines, and is part of the independent state of St.Vincent in the eastern Caribbean Sea. Two of the best known islands in The Grenadines are Mustique and Bequia, the second largest island in this group. The Grenadine Islands are strung out in a gentle sweep between St.Vincent and Grenada. Most visitors to Mayreau arrive from cruise ships, on the regular ferry, or by yacht. There are no proper roads on the island, only a few vehicles, no airport and only a single unnamed village. Mayreau and the neighboring Tobago Cays are very popular for divers and snorkellers. Saline Bay, on the west coast of the island, has a wonderful broad beach and a few local vendors selling T-shirts and local craft. A climb up the road to the hilltop village on the island provides breathtaking views across Mayreau, Canouan, the Tobago Cays and Carriacou.
Day 9 to 10 — Bridgetown to UK

Debark the ship and take your included private transfer to the airport for your overnight flight to the UK, arriving the next day.

Sailing on SeaDream I

See more about SeaDream I