You can easily explore all of Gustavia during a two-hour stroll. Some shops close from noon to 3 or 4, so plan lunch accordingly, but stores stay open past 7 in the evening. Parking in Gustavia is a challenge, especially during vacation times. A good spot to park is rue de la République, alongside the catamarans, yachts, and sailboats.
Day 4 — Basseterre, Saint Kitts
Mountainous St. Kitts, the first English settlement in the Leeward Islands, crams some stunning scenery into its 65 square miles (168 square km). Vast, brilliant green fields of sugarcane (the former cash crop, now slowly being replanted) run to the shore. The fertile, lush island has some fascinating natural and historical attractions: a rain forest replete with waterfalls, thick vines, and secret trails; a central mountain range dominated by the 3,792-foot Mt. Liamuiga, whose crater has long been dormant; and Brimstone Hill, known in the 18th century as the Gibraltar of the West Indies. St. Kitts and Nevis, along with Anguilla, achieved self-government as an associated state of Great Britain in 1967. In 1983 St. Kitts and Nevis became an independent nation. English with a strong West Indian lilt is spoken here. People are friendly but shy; always ask before you take photographs. Also, be sure to wear wraps or shorts over beach attire when you're in public places.
Day 5 — Terre-De-Haut
Day 6 — Castries
The typical image of a lush tropical paradise comes to life on the friendly island of St Lucia. Despite its small size – just 27 miles long and 14 miles wide – St Lucia is rich in natural splendour with dense emerald rainforest, banana plantations and orchards of coconut, mango and papaya trees. The twin peaks of Les Pitons, now a UNESCO World Heritage Site rise dramatically 2,000 feet into the sky and dominate the island. Look out for unusual birds with brilliant plumage such as the St Lucia parrot, see a surprising diversity of exotic flora and enjoy the warm hospitality of the islanders in the small villages and open-air markets. Please be aware that St Lucia is a small, mountainous island, with steep, winding and bumpy roads. Customers with back and neck problems should take this into consideration when booking an excursion.
Day 7 — Mayreau Island
The small island of Mayreau, just one and 1/2 square miles in area (3.9 square kilometres) is the smallest inhabited island of The Grenadines, and is part of the independent state of St.Vincent in the eastern Caribbean Sea. Two of the best known islands in The Grenadines are Mustique and Bequia, the second largest island in this group. The Grenadine Islands are strung out in a gentle sweep between St.Vincent and Grenada. Most visitors to Mayreau arrive from cruise ships, on the regular ferry, or by yacht. There are no proper roads on the island, only a few vehicles, no airport and only a single unnamed village. Mayreau and the neighboring Tobago Cays are very popular for divers and snorkellers. Saline Bay, on the west coast of the island, has a wonderful broad beach and a few local vendors selling T-shirts and local craft. A climb up the road to the hilltop village on the island provides breathtaking views across Mayreau, Canouan, the Tobago Cays and Carriacou.
Day 8 — Bridgetown

Located beside the island’s only natural harbour, the capital of Barbados combines modern and colonial architecture with glorious palm tree-lined beaches and a number of historical attractions. Experience the relaxed culture of the city renowned for its British-style parliament buildings and vibrant beach life, and seek out the Anglican church and the 19th-century Barbados Garrison. The distance between the ship and your tour vehicle may vary. This distance is not included in the excursion grades.
Day 9 — Rodney Bay
Day 10 — Falmouth
The British colonial influence is everywhere in pretty English Harbour. And yet, located on Antigua’s south coast, you are just minutes away from some of the loveliest beaches in the Caribbean. With its long ribbons of white sandy shores including the superbly named Rendez-Vous Bay Beach, the cold English drizzle and chimes of big ben have never been farther away! English Harbour is how the Caribbean is meant to be. Beautifully restored, the area still retains much in the way of its rich historic past. Nelson’s dockyard is absolutely not to be missed; a working dockyard that dates from the 18th century, this is part of a larger UNESCO World Heritage Site (Nelson’s Dockyard and National Park) which also contains Clarence House and Shirley Heights. Perhaps one of the best examples of British colonial development, the dockyard is named after the famous Admiral who lived on the island in the 1780’s. The fascinating naval history is palpable in all the buildings of this historic site and just a little further along you find beautifully restored warehouses that are now home to enchanting restaurants, art galleries, boutiques and hotels, all proudly stating their historic credentials on prominent, easy to read signs. Venturing beyond the “town” and you’ll find nature trails for all levels of fitness. Famous for having 365 different beaches, it is unsurprising then that a lot of Antiguan life takes place on its sandy shores. Beaches here offer all things to everyone so whether you want to rekindle the romance, indulge in some adrenaline fueled water sports, swim, snorkel or sail your way around the island, you’re sure to find you’re your own personal paradise here.
Day 11 — Great Harbour, Jost Van Dyke
Jost Van Dyke, four miles long, is truly known as the 'barefoot island'. The smallest of the British Virgin Islands, it is known as a popular destination for yachts and is celebrated for its casual lifestyle, protected anchorages, fine beaches and beachfront restaurants and bars. The island has fewer than 200 inhabitants and they are widely known as a welcoming people. The island's name conjures up its rich, colorful past. Jost Van Dyke is said to have been named for an early Dutch settler, a former pirate. At Great Harbour, Little Harbour, and White Bay there are safe, protected bays and pristine beaches shaded with coconut palms and seagrape trees. Discover inviting shops selling local treasures, restaurants, and bars. 'The Painkiller', one of the Caribbean’s most popular drinks, originated at the Soggy Dollar Bar. Foxy’s and Gertrude's in White Bay are renowned for drinks made with the island's famous rum, frosty beers, and tales of pirates and sunken treasure. Explore Jost Van Dyke's history in the vegetation-covered ruins of centuries-old sugar mills, or on the old trails that crisscross the island. Revel in the natural beauty of the pristine, untouched beaches. Hike up to the highest spot on the island, Majohnny Point, and take in a stunning 360 degree view of the Caribbean. Relax in the natural 'bubble pool', a popular tourist attraction. Jost Van Dyke conjures up images of what the British Virgin Islands may have looked like many years ago.
Day 12 — South Friars Bay
Day 13 — Martinique

Day 14 — Saint George's
Nutmeg, cinnamon, cloves, cocoa those heady aromas fill the air in Grenada (pronounced gruh-nay-da). Only 21 miles (33½ km) long and 12 miles (19½ km) wide, the Isle of Spice is a tropical gem of lush rain forests, white-sand beaches, secluded coves, exotic flowers, and enough locally grown spices to fill anyone's kitchen cabinet. St. George's is one of the most picturesque capital cities in the Caribbean, St. George's Harbour is one of the most picturesque harbors, and Grenada's Grand Anse Beach is one of the region's finest beaches. The island has friendly, hospitable people and enough good shopping, restaurants, historic sites, and natural wonders to make it a popular port of call. About one-third of Grenada's visitors arrive by cruise ship, and that number continues to grow each year. Grenada's capital is a bustling West Indian city, much of which remains unchanged from colonial days. Narrow streets lined with shops wind up, down, and across steep hills. Brick warehouses cling to the waterfront, and pastel-painted homes rise from the waterfront and disappear into steep green hills. The horseshoe-shaped St. George's Harbour, a submerged volcanic crater, is arguably the prettiest harbor in the Caribbean. Schooners, ferries, and tour boats tie up along the seawall or at the small dinghy dock. The Carenage (pronounced car-a-nahzh), which surrounds the harbor, is the capital's center. Warehouses, shops, and restaurants line the waterfront. The Christ of the Deep statue that sits on the pedestrian plaza at the center of The Carenage was presented to Grenada by Costa Cruise Line in remembrance of its ship, Bianca C, which burned and sank in the harbor in 1961 and is now a favorite dive site. An engineering feat for its time, the 340-foot-long Sendall Tunnel was built in 1895 and named for Walter Sendall, an early governor. The narrow tunnel, used by both pedestrians and vehicles, separates the harbor side of St. George's from the Esplanade on the bay side of town, where you can find the markets (produce, meat, and fish), the Cruise Ship Terminal, the Esplanade Mall, and the public bus station.
Day 15 — Bridgetown

Seabourn Odyssey carries 450 guests in the same intimate, relaxed atmosphere as its smaller sister ships and shares the same all-suite accommodations and delights, such as the water sports marina. 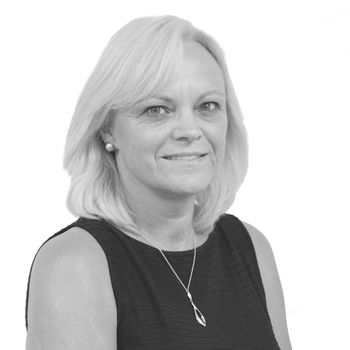