Virgin Voyages have released details of their new private cruise terminal in Port Miami for their for their first cruise ship Scarlet Lady.

Virgin Voyages have partnered with local architecture and design firm Arquitectonica, the visionaries behind projects such as the American Airlines Arena in Downtown Miami.  Not only are they experts in building structures equipped for tropical elements like sun, salt and wind,  they understand what it means to create something truly “Miami.” 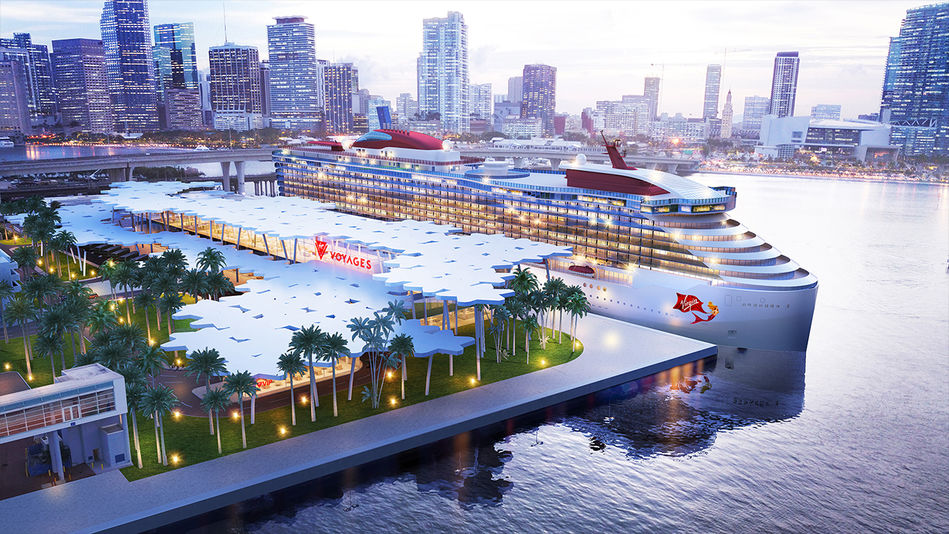 The local Miami palm trees were the inspiration for the structure that will become Virgin Voyages sanctuary in the bustling bay. To pay homage to these palms, Virgin Voyages wanted to design something that will make every sailor feel like they’re having an authentic Miami experience from the moment they catch a glimpse of the terminal. 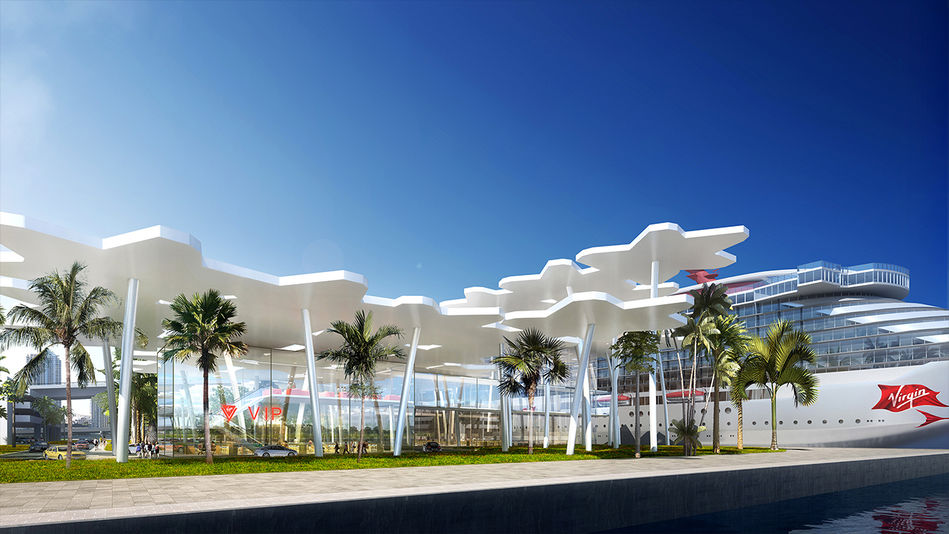 The terminal’s rooftop is designed to resemble a palm tree grove with pockets that allow natural light to flow into the building by day, and gorgeous beams to light up the city sky at night.

Virgin Group founder Sir Richard Branson said "Normally cruise terminals are dull, lifeless places where people are herded onto even more boring boats – our palm grove inspired design will be filled with colour and fun, a place where people can really begin their voyage of a lifetime." 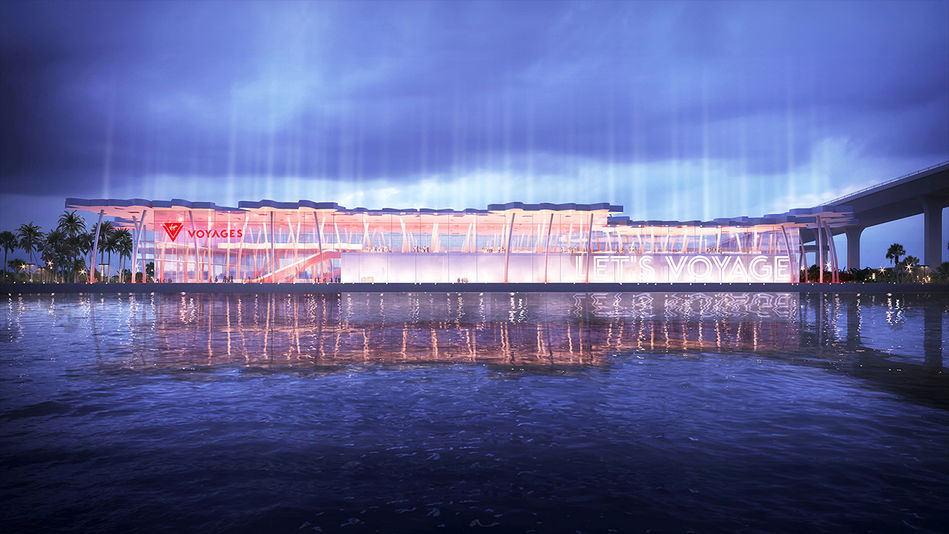 Virgin Voyages also announced that that their first ship, Scarlet Lady, will continue to sail to the Caribbean from Miami throughout 2021. Their second ship will sail from Miami during the autumn/winter cruise season of 2021/22. What’s more, Sir Richard let slip that Virgin Voyages are starting work on their fourth ship, as they seek to build Virgin Voyages into a fleet of the finest ships on the seven seas.

Also announced was that Virgin Voyages go on sale from February 14th 2019 to the general public. Keen? Enquire here