SeaDream Innovation will be the world’s most advanced hybrid ship

SeaDream Innovation is the world’s most advanced hybrid ship being built today that will sail to all seven continents. SeaDream Yacht Club has received a grant for USD $1.8 million for the creation of the revolutionary vessel from Enova, an organization owned by the Norwegian Ministry of Climate and Environment.

SeaDream Innovation will be equipped with a large battery pack of approximately 4 MWh, which enables sailing silently and without emissions for up to three hours with no disturbance to surrounding wildlife. The hybrid system will reduce local emissions by supporting the diesel generators, thus reducing fuel consumption.

The yacht will be able to sail to sensitive areas such as the Norwegian fjords and along the ice edge toward the North Pole because of this system. The batteries also bring an added degree of safety, acting as “spinning reserve,” which in the event of a motor shutdown switches instantaneously to the use of batteries without loss of power. 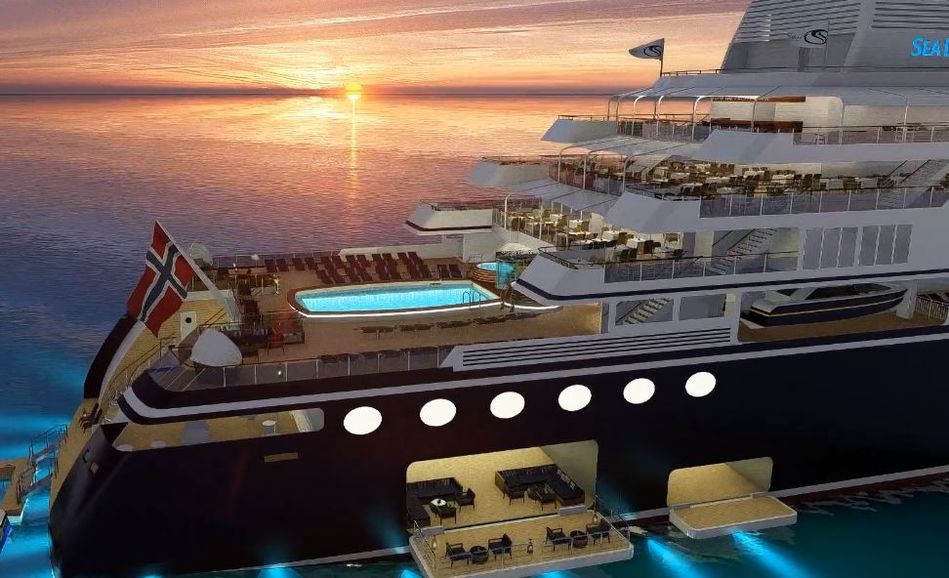 SeaDream Innovation will also install an "Organic Rankine Cycle" machine that takes waste heat from the engines and converts it to electricity. This can produce up to 150 kW of electrical power, which would otherwise have been wasted energy, and instead reduces fuel consumption and results in lower emissions.

Where available by port, SeaDream Innovation can be plugged into shoreside electrical grids around the world by using a multi-voltage shore connection system reducing local pollution anywhere in the world.

“We are extremely grateful that Enova supports our environmental efforts. Without this solid support from Enova, this would not have been possible,” said Atle Brynestad, owner of SeaDream. “We are proud to contribute to the cruise industry by taking the lead in developing more environmentally friendly vessels that will also sail with the Norwegian flag. We are committed to having a positive impact on the environment, our employees, our guests, our suppliers and the places we visit. In the future, we all need to make a positive contribution to our environment and the local communities we visit, so guests can continue experiencing different local communities and enjoying the fantastic nature while using local services and making local purchases where possible.”

The mega-yacht has four modern diesel engines and a Selective Catalytic Reduction (SCR) system for reducing nitrous oxide (NOx) emissions to the most stringent IMO rules with engines rated to meet the latest and most stringent MARPOL Tier III limits.

SeaDream believes in authentic experiences that allow guests to enjoy the world’s natural beauty while preserving its resources and promoting sustainability and responsible travel.