Where are you from? Cookeville, Tennessee, USA

Brief career history: I started performing professionally at age 15 before graduating with a Theater degree from Principia College. After graduating, I was taken on as an apprentice with puppeteer Tony Urbano in Los Angeles for 8 years. Following this, I re-established my own company THE HUBER MARIONETTES with David Alexander in 1980 before starting to perform on cruise ships in 1983. 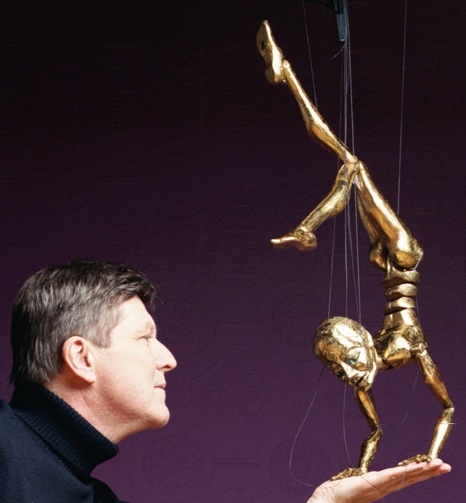 Phillip is best known for his work in the 3-time Academy Award nominated film BEING JOHN MALKOVICH, and his latest project helping to bring the character of "China Girl" to life in Disney’s film OZ THE GREAT AND POWERFUL.

Other theatre credits include:-

When/how did you get into entertainment? My mother gave me a puppet when I was 3 years old, to help me express myself. I expressed myself into a career.

What do you like best about working on ships? For a variety artist, the ships are the Vaudeville of today! Meeting my audience. (My work in film, TV & theater rarely gives me the opportunity to meet audience members or spend time with them.), seeing the world, trying new foods, watching sunsets over the ocean

How do you like to spend your days on board? Reading, designing new characters for my show, talking with fellow passengers, seeing all the other wonderful live entertainment onboard

Funniest thing that has happened to you on board? Performing while the ship was going through typhoon-whipped seas. A staff member had to hold the back of my stage platform down to keep it from tipping over.

Most embarrassing thing that has happened on board? Airlines lost my luggage. I attended formal dinner in tuxedo from my carry-on but only black socks, no shoes.

Favourite port of call and why? Venice. I like to leave the ship and walk through the city until I am hopelessly lost and slowly find my way back. Around every turn is another interesting vista with remarkable architecture.

What would you do if you were not in the entertainment business? Painter/Sculptor, doll maker.

How long are your contracts on the ships? Average is one week.

What item would you not travel without? My cell phone. If you have ever arrived in a foreign airport with 300 lbs of luggage and no transport has shown up, you know what a "life saver" the cell phone can be.

Take a look at Phillip’s career in the short video below.