Former MP Edwina Currie, broadcaster Sue MacGregor and author Kathy Reichs are just a few of the highly-esteemed enrichment speakers scheduled to appear onboard ultra-luxury Crystal Cruises next year. The top-calibre Special Interest and Celebrity Guest Speakers will provide fascinating insight into their careers on two Crystal Serenity voyages in March and April 2014. 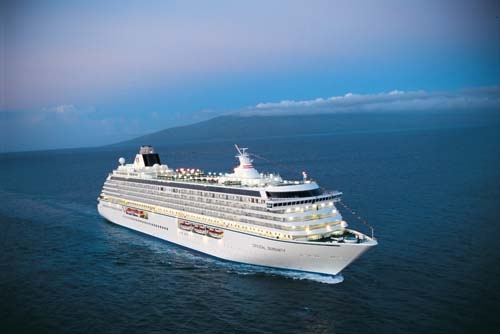 Edwina Currie will be joining the 10th March "Temples & Safaris" cruise from Singapore to Cape Town:

Edwina Currie was born and brought up in Liverpool and attended the same school as Paul McCartney and George Harrison. Edwina is best known as Minister in the Department of Health under Margaret Thatcher. She was on the first team to tackle AIDS/HIV in Britain, brought in nationwide screening for both breast and cervical cancer and tried persuade the British to live more healthily.
In December 1988, faced with over 500 victims a week of serious food poisoning through salmonella in eggs (and over 60 deaths that year), she turned whistle-blower to warn the public of the danger.

As a backbencher Edwina turned her talents to a different career:-  writing books. Altogether she has 11 to her name including best-selling novels A Parliamentary Affair and A Woman's Place. Her Diaries 1987-1992 caused a stir on publication in 2002, when curious events at Westminster were revealed. Ten years on, her Diaries 1992 -1997, covering the last Tory government and the rise of Tony Blair, have also attracted lively comment.

All-inclusive "Book Now" cruise fares for this 21-night voyage start from £5,129 per person if booked by 31st October. Price includes 21 nights in a deluxe stateroom with picture window with all meals and soft drinks, selected alcoholic beverages, port taxes and gratuities. Contact The Luxury Cruise Company to book. 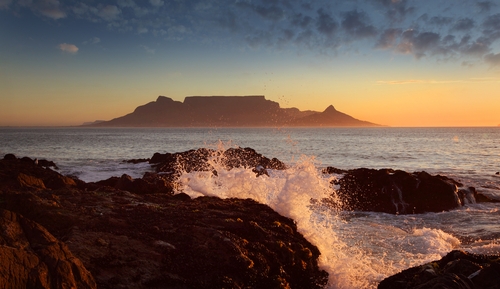 Joining the 28th March "All-Alluring Africa" cruise from Cape Town to Southampton will be Sue MacGregor and Kathy Reichs:

Sue MacGregor was born in Oxford and brought up in South Africa, where she gained her first broadcasting experience. She joined the BBC first as a producer, then a reporter on Radio 4's The World at One, and then for fifteen years presented Woman's Hour after which she co-presented theToday Programme. From there, Sue hosted the popular book discussion programme A Good Read. She is currently heard presenting the award-winning The Reunion on Radio 4 which this year marked its 100th edition with a special Reunion recorded in Dallas of people who witnessed from close quarters the assassination of President Kennedy in November 1963.

Kathy Reichs' first novel Déjà Dead catapulted her to fame when it became a New York Times bestseller and won the 1997 Ellis Award for Best First Novel. Her other Temperance Brennan novels include Death du Jour, Deadly Décisions, Fatal Voyage, Grave Secrets, Bare Bones, Monday Mourning, Cross Bones, Break No Bones, Bones to Ashes, and Devil Bones. From teaching FBI agents how to detect and recover human remains, to separating and identifying commingled body parts in her Montréal lab, as a forensic anthropologist Kathy Reichs has brought her own dramatic work experience to her mesmerising forensic thrillers. For years she consulted to the Office of the Chief Medical Examiner in North Carolina, and continues to do so for the Laboratoire de Sciences Judiciaires et de Médecine Légale for the province of Québec. Dr Reichs has travelled to Rwanda to testify at the UN Tribunal on Genocide, and helped exhume a mass grave in Guatemala. She is one of only 77 forensic anthropologists ever certified by the American Board of Forensic Anthropology. She served on the Board of Directors and as Vice President of the American Academy of Forensic Sciences and is currently a member of the National Police Services Advisory Board in Canada. She is a Professor in the Department of Anthropology at the University of North Carolina-Charlotte. Dr Reichs is also a producer of the FOX TV series Bones, based on her novels.

All-inclusive "Book Now" cruise fares for this 21-night voyage start from £7,294 per person if booked by 31st October. Price includes 21 nights in a deluxe stateroom with picture window with all meals and soft drinks, selected alcoholic beverages, port taxes and gratuities. Contact The Luxury Cruise Company to book.