The city of Murmansk is the Arctic’s largest, with a population of about 300,000, and is the northernmost city in the world. The name Murmansk is said to come from the Saami word ’Murman’, which translates to "the edge of the earth".

Murmansk was built in 1916 as Russia needed an ice-free port where it could receive supplies from allied ships. Warmed by the gulf, and with assistance from the British, the Russians broke ground and laboured until the city was finished, complete with a railway connecting Murmansk to Petrozavodsk some 600 miles away. During World War II the city was again strategically important, and German forces bombed it nearly 100 times, virtually levelling the city. However the city never fell into enemy hands, and today the city is home to a ship building industry and fishing fleet. 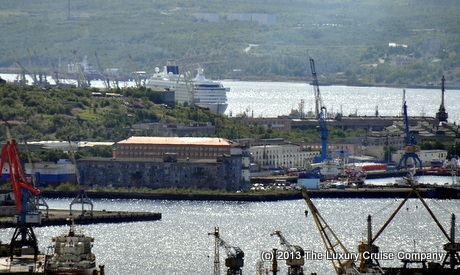 Crystal Serenity arrived into port at 8am, however it took 3 hours to clear the ship, as immigration officials wanted to see all passports! The port is an industrial port, and we were docked amongst the fishing vessels, cranes and cargo sheds.

We had to collect our passports to take ashore with us; our tour today was Panoramic Murmansk and left at 2pm.

Murmansk is divided into three terraces that run parallel to the waterfront; the industrial area along the waterfront, the city proper adjacent to that, and the residential area above that on a hill. 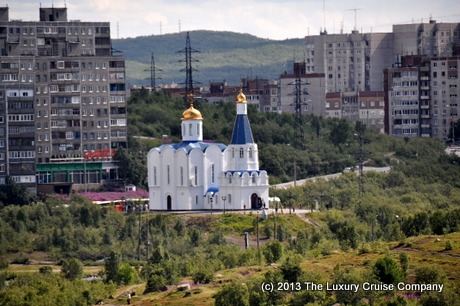 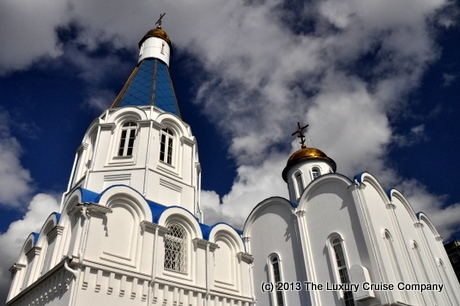 We saw a number of war memorials on our tour, St Nicholas’s Church and the very impressive Alyosha Monument that stands some 23 feet high, overlooking the city on top of a hill. Carved out of stone, this imposing stone solider statue is dedicated to the defenders of the Soviet Arctic. Murmansk was an interesting, if not very pretty city. 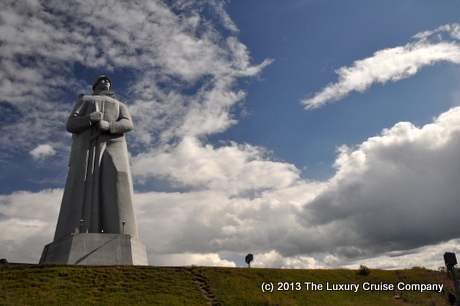 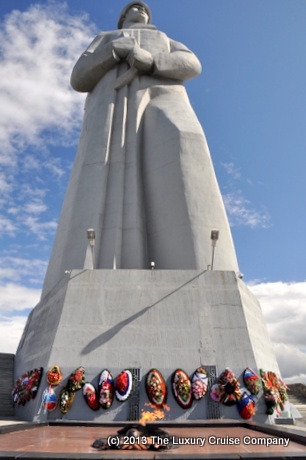 Back on board it was time for a quick drink before heading up on deck for sail way. Tonight’s show was the British pianist again, however we headed to Avenue Saloon to hear Marcie Castro sing and play her piano - a popular venue with the show tunes crowd, and soon other guests were singing along and playing tambourines, not really my cup of tea but they seemed to enjoy it!

It was another karaoke night in Pulse and the regular crowd was there. Today’s drink special was a "Grand Russian" - Vodka, Kahlua, Grand Marnier and fresh cream. Bizarrely, clocks went back 2 hours tonight, so when we left the club at 1.30 am, it was only 11.30 pm - still daylight of course!