This morning we attended another lecture by Seth Shostak which was very interesting. As this finished at 12 noon, we headed back to Crystal Cove to view the grand gala buffet. This is a spectacular display of the chefs culinary creations, complete with ice sculptures and chocolate fountains. 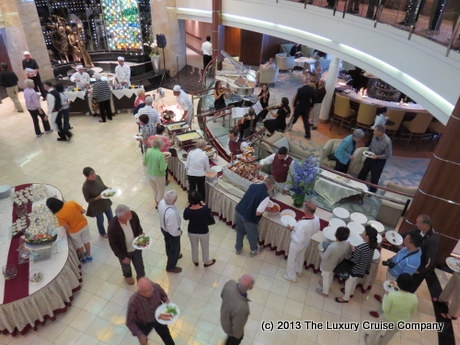 Having only really just had breakfast, we took photos instead of indulging in any food, unlike our fellow passengers who acted like they hadn’t eaten for days! 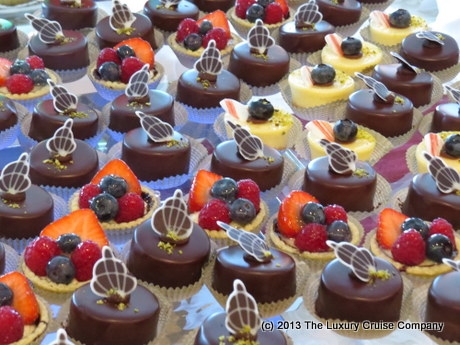 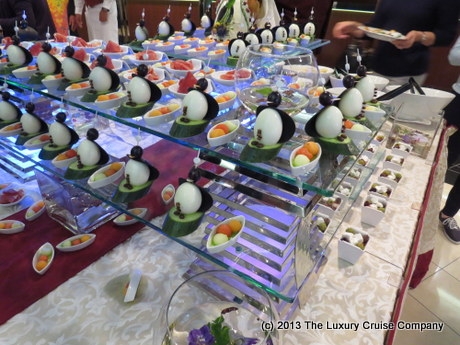 It was getting rather cold, so sitting on the open decks was out, so we relaxed with books around the covered trident pool area.

As part of the Crystal Cruises Wine and Food Festival theme cruise, there was Wine Tasting with guest wine expert Gwenael Laroche in the afternoon, along with the usual Crystal Cruises enrichment classes and lectures.

Tonight is elegant casual, so suits with no ties, and show time is Standing Room Only at 7 pm and 8:45pm. Planning on a few drinks in the Crystal Cove listening to the The Astoria String Quartet before heading in to the show then on to dinner!

The show was another medley of west end and broadway songs, including Fosse, Jekyll and Hyde, Oliver, Wicked, Sunset Blvd and Hairspray. Great show and performed well by the cast. 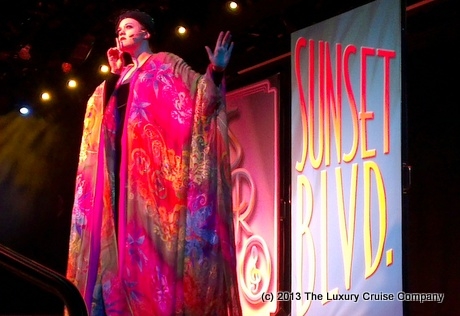 Tonight’s dinner was created by guest chef Sven Erik Renaa. Sven is a top Norwegian chef and author who began his career at his mother’s workplace, the Britannia Hotel. He worked in Oslo before moving to New York City to work for Park Avenue café and David Burke. Relocating back to Oslo, he was a chef at Brasseriet Hanksen and Chef/partner for the start-up of Oro. After living in Stavanger since 2001 and working as a chef at Gastronmisk Institutt, Sven started his own Renaa Restaurant in 2008. He has received numerous Chef of the Year awards and owns two restaurants in Stavanger and Trondheim.

The highlight of this Nowrgian inspired meal was a desert that was covered in a foamy mousse that dissolved when our waiter poured on the strawberry sauce; it was quite the special effect! After dinner we headed to Pulse, however we were the only ones there so had the bartender Paulo and DJ to ourselves for at least an hour and a half! Clocks go forwards an hour again tonight so it was off to bed at 1am, in the daylight still!