Crystal’s CEO and president, Edie Rodriguez, presided over the ceremony, along with emcee and longtime popular Crystal entertainer, Mark Farris. The ship’s godmother, beloved German opera star Anna-Maria Kaufmann, christened the ship with the traditional blessing and champagne breaking, and also lent her famed talents to the celebration with a special performance of Johann Sebastian Bach’s “Air on the G String”. Also in attendance were the ship’s cruise guests, local travel partners and executives from Crystal’s parent company, Genting Hong Kong. 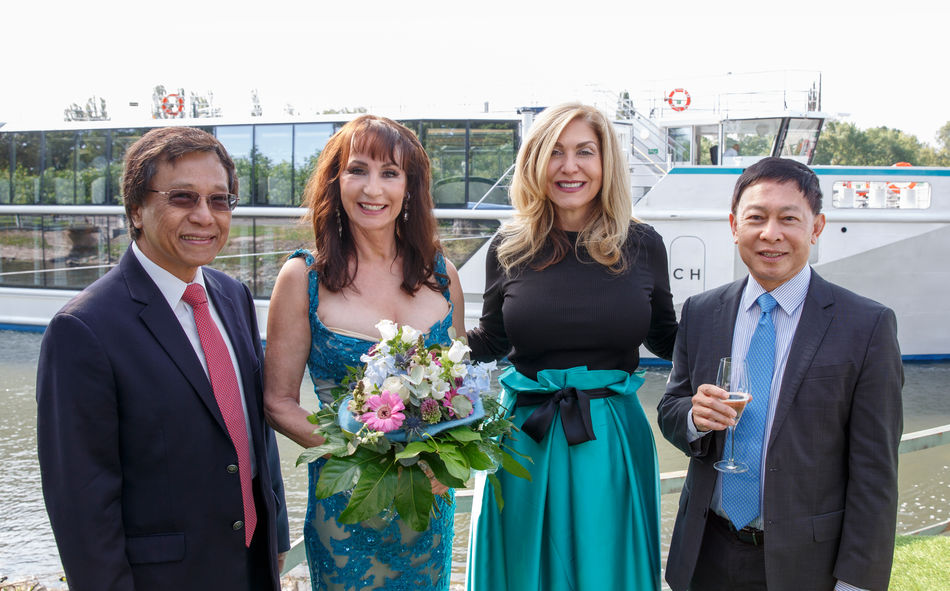 “The enthusiasm surrounding this groundbreaking ship has been tremendous already, and we could not be prouder to welcome her to the award-winning Crystal River fleet,” says Rodriguez. Addressing the crowd in attendance, she elaborated on the innovative approach to creating Crystal Bach and her upcoming sister ships. “The fact that she is Crystal’s first-ever new build river ship means that we had the opportunity to go beyond the best and create a luxury river cruise experience that is truly unprecedented. She is the first – and, until her sisters join her – the ONLY all-balcony, all-suite river ship.” 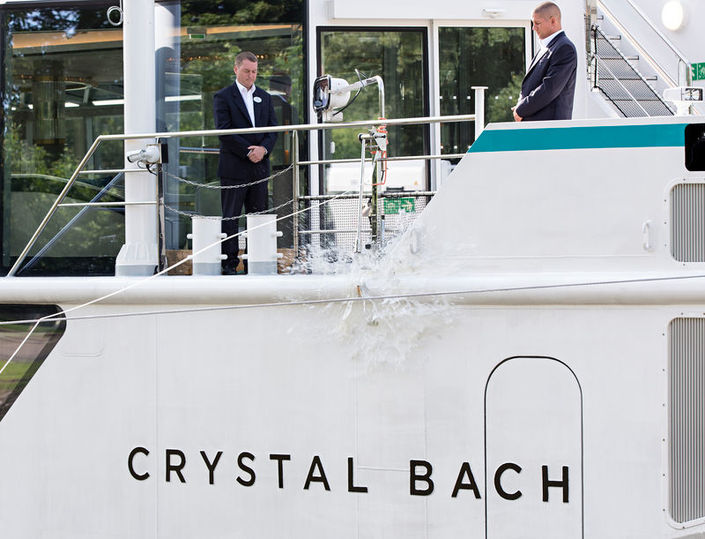 In another industry first, Crystal Bach and the “Rhine Class” ships feature all categories of accommodations positioned above the water line, boasting king-sized beds and Crystal’s acclaimed personal butler service. The design of the vessels firmly reiterates Crystal’s commitment to not only surpassing the very best the luxury travel industry currently has to offer, but leading the charge in pioneering new standards of luxury – a philosophy also driven home with the christening and debut of Crystal Skye, Crystal’s fully custom B-777, last week in Las Vegas.

“Crystal remains committed to being the standard bearer for what is possible in luxury travel, just as they have since they first embarked more than 27 years ago,” says Genting Hong Kong Chairman and CEO Tan Sri Lim Kok Thay. “We are proud to be part of and support this vision, and look forward to continuing on this journey together.”

The festivities of Crystal Bach’s christening reached far beyond those in attendance in Germany, as Crystal broadcast the live stream of the ceremony via its Crystal Cruises Facebook page, effectively inviting the world to join in the celebration.