Crystal Cruises is offering its guests the rare opportunity to live the luxurious life depicted in the show Downton Abbey - complete with early 20th-century period costumes and cars plus exclusive access to filming locations, including Downton itself - the real-life Highclere Castle. 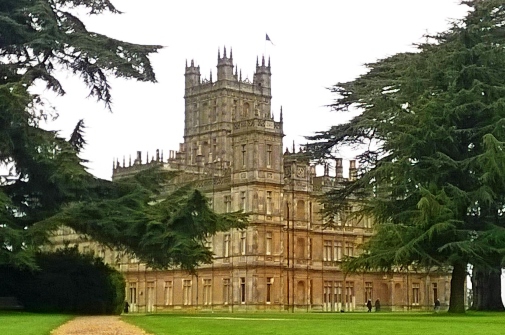 During the excursion, guests will visit Highclere Castle in Hampshire, arriving just like visitors on the show - in vintage 1920's chauffeur-driven automobiles. There, Crystal travellers will be the guests of honour at a private champagne reception and tour of the estate.

Prior to visiting the Castle, guests will also visit:-

At night, tour participants will sleep in an authentic English manor house - the Four Seasons Hotel Hampshire - boasting the most luxurious of modern amenities amid a centuries-old setting.

"The sumptuous world of gowns, gloves and grand gentility is captivating not only to fans of Downton Abbey, but also history buffs, Anglophiles and, especially, luxury-lovers such as our guests," says Crystal President Edie Rodriguez. "Through our exclusive connections, only Crystal travellers will be able to participate in this 'royal treatment', stepping back in time to get a taste of how life might have been had we been alive then. It's an extraordinary experience that would surely make the show's Grantham family proud."

Until the 31st October, "Book Now" deadline, value-priced, all-inclusive cruise fares start at £6,163 per person, double occupancy. Fares for the "English Countryside & Highclere Castle" Extended Land Programme start at $4,600 per person/double occupancy, including meals, accommodations and transportation to and from Dover.