Crystal’s President and CEO Edie Rodriguez announced the introduction of the line’s first-ever expedition megayacht, Crystal Endeavor, which will debut in August 2018. Named after Captain James Cooks’ research ship “HMS Endeavour”, which discovered Australia and New Zealand nearly 250 years ago, the newly built vessel will be designed for global expeditions in Arctic, Antarctic and tropical conditions.

The megayacht will be the first purpose-built Polar Code compliant yacht in the world with a PC6 Polar Class designation. As such, Crystal Endeavor will be able to cruise in Polar Regions during the summer and autumn. She will also be fitted with the state-of-the-art offshore dynamic positioning technology, with computer-controlled systems to automatically maintain the ship’s position with its own propellers and thrusters. This will enable the megayacht to float above coral reefs and other underwater wonders without utilizing anchors, which can damage the terrain.

Crystal Endeavor will cruise in the Arctic; then follow the route of migrating whales along the coast of the Americas and Europe to Antarctica during the winter. Along the way, she will visit remote islands in the Atlantic and the Pacific Oceans, which cruise ships seldom call in at or cannot access. With a Remote Operated Vehicle (ROV, used extensively in the offshore industry), expedition cruises will also be organised to see sunken galleons, warships and passenger ships, such as the Titanic at 12,500 feet and, with dynamic positioning, she will just hover over deep sunken attractions without using anchors.

Crystal Endeavor will be the largest and most spacious megayacht afloat

Crystal Endeavor will be built by the Lloyd Werft Group, a collection of four shipyards in Bremerhaven, Germany, which has built over a thousand vessels, including cruise ships, ice-breakers, and megayachts.

Crystal Endeavor voyages will open for booking in late 2016. Steel cutting for the ship will begin May 2016 and Crystal will take delivery in August 2018. 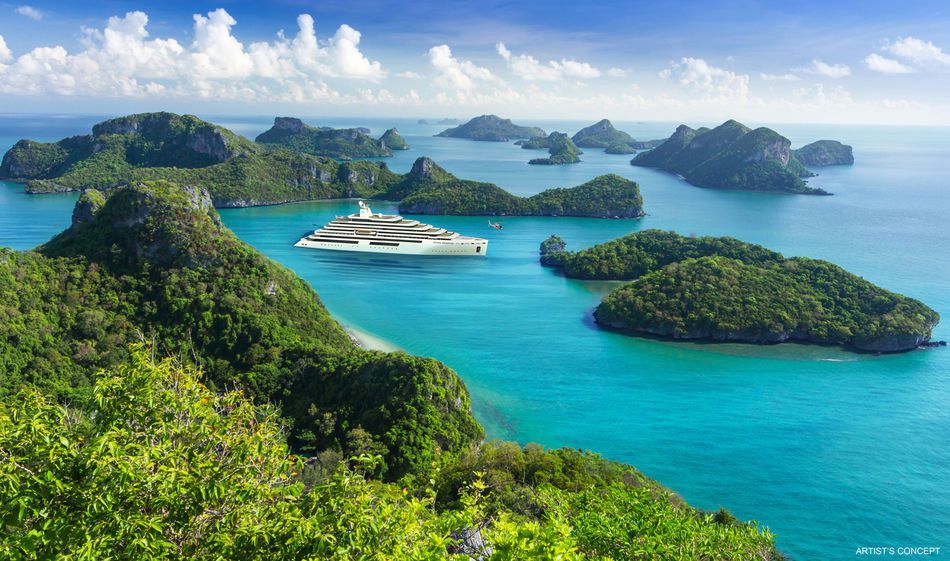 Would you like to sail on Crystal Endeavor? Contact us to pre-register for the latest news, and to be the first to know when the full itineraries go on sale.