I am on a seven-day river cruise sailing downstream on the Brahmaputra River, situated in North East India, on board Far Horizon Tours MV Mahabaahu. Joining me are other top cruise agency managers from the UK, alongside Jane Archer, the renowned UK cruise journalist.

. We spent one day in Delhi pre cruise, then flew on IndiGo airline to Dibrugarh, Assam where my blog starts. With us on board are other journalists from Australia and Italy, and passengers from the UK, America, and Australia.

On arriving and clearing customs at Dibrugarh airport we were warmly greeted by Shagzil, our tour director for the cruise, and Payal, our naturalist who would be sailing with us. They escorted us from the arrival area to a fleet of jeeps that would take us to the Nimati where we would board the ship. We wondered why it was a jeep transfer and not a bus, and we would find out why later! The transfer was to take four hours, however a new air route is opening up from Calcutta to Jorhat which is only 45 minutes transfer, but we were a day too early in the season for that! In the jeeps was a packed lunch and juice box in a little woven basket to keep us going which was a nice touch. 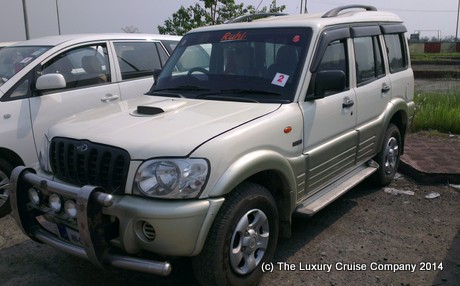 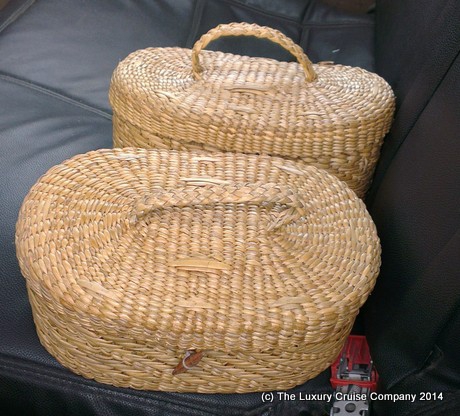 Half way to the ship we stopped at an open air vegetable market, where we could get out and stretch our legs. Our escorts showed us around the market and the locals were very curious to see tourists! A lot of them wanted to have photos taken with us, like we were some sort of celebrities! They were happy to pose for photos too, which is always good to know as you do not want to offend anyone. 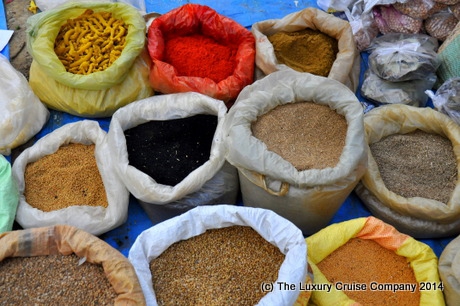 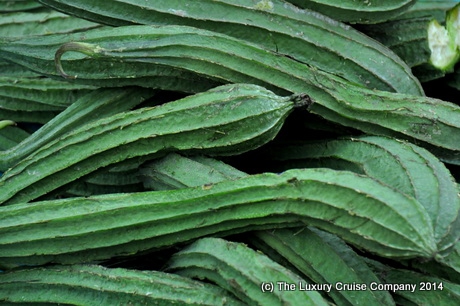 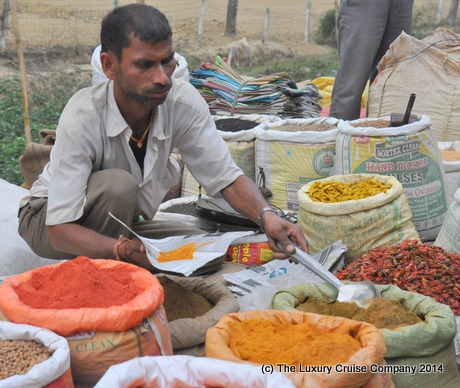 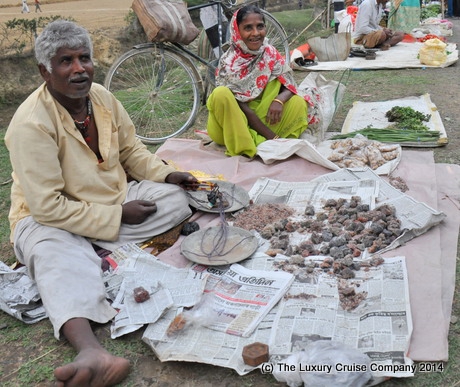 Rock salt being sold at the market 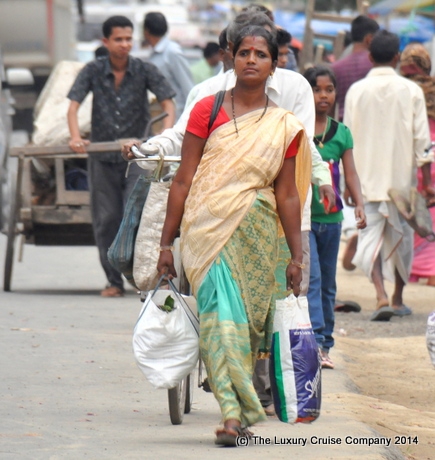 A local with her shopping

Then it was back on the jeeps for a further two hours, looking at the passing villages and small towns.

Cows, dogs, and goats were everywhere, freely wandering over the road, jostling for space with the trucks, rickshaws, tuk-tuks, taxi cabs and us! The Indians certainly like to use their horns, but not aggressively, more to let other drivers know they are behind them and trying to overtake. It was slightly hair raising in some places it has to be said, as coming at you in the other direction were trucks, rickshaws, motorbikes etc - not for the faint hearted, however our driver was experienced and navigated the chaos with confidence!

At 5:30 pm the daylight was fading rapidly and we turned off the main road on to the Nimati Ghat Road. This tarmac road soon turned into a dirt track and we now understood why we were travelling in jeeps rather than a transfer bus! This stretch of dusty, sandy bumpy track was extremely uneven and we were getting thrown around in the back like it was a white knuckle ride at a theme park. After passing the ferry drop off point at Nimati River Port, we pulled up to the side of the road and we had arrived at Nimati, where the MV Mahabaahu was tied up to the river bank. 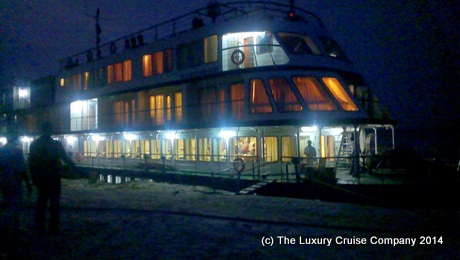 This certainly is not like usual cruising, and may I point out at this time that it really is an exploration style cruise, soft expedition if you will, so you are going to have to expect some interesting experiences on a trip of this style, where you are travelling off the beaten track, with early morning starts on a very comfortable boat.

After leaving the jeeps, our baggage was collected from us, and we made our way down a sand embankment that had steps cut into it and across the sandy river bank to the ship. By now it was very dark and the ship shone a spotlight onto the shore to guide us. We crossed the gangplank (literally a piece of wood with a hand rail) and embarked the MV Mahabaahu.

What a contrast to the outside! We were warmly greeted by the hospitable Indian crew and given hot towel to cleans our hands on and a welcome on board cocktail, along with a garland made of magnolia flowers. After a long day and four hours in a jeep it was great to finally be on board! The ships staff consists of a cruise director called Nina, a tour director, the aforementioned Shagzil, and the ships wildlife expert Payal. After introductions and safety briefing in the Mungi Mungram lounge, were we given our cabin cards and then we headed to our cabin. Easiest embarkation ever! 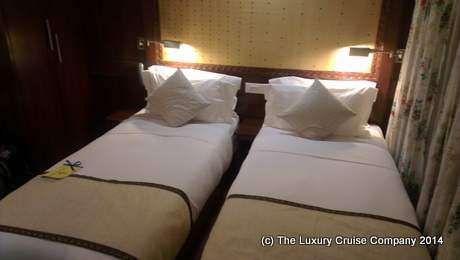 After dropping off our carry-ons, we headed to the bar for a much needed drink. They have Indian Kingfisher beer on board, delicious cold and refreshing it was too! After a few drinks, dinner was served in the main lounge, that had now been set up with tables and chairs for that evenings meal. 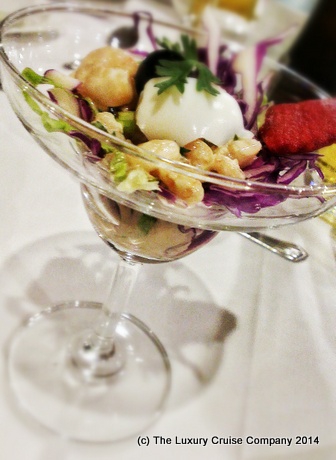 Dinner was served by the waiters, who came round the tables with dishes of hot food. The food was a mix of Indian dishes and two continental dishes. I started with a spicy Thai soup, followed by a prawn cocktail, and followed with chicken in spinach, dhal, rice and other Indian dishes, all very good.

After dinner everyone was pretty exhausted so we headed back to the cabin to unpack and have an early night, as we had an early start the next day.