Castellammare and Sorrento on Azamara Quest

As we have two days here, we decided to head into Sorrento on the provided complimentary shuttle bus. We have a tour booked for the second day so were free to do as we pleased today. After a delicious breakfast of, of course, Eggs Benedict, we waved goodbye to Azamara Quest,  jumped on the first shuttle bus, and after 40 minutes were in the centre of Sorrento. 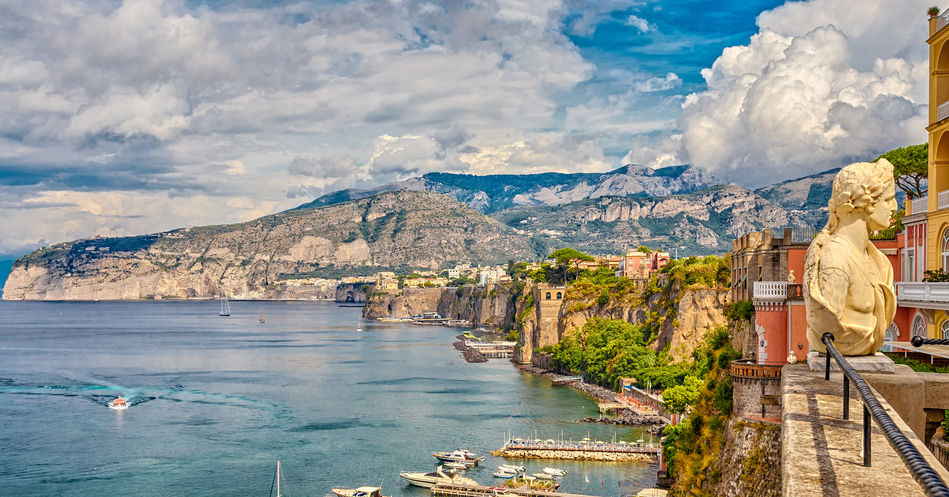 Sorrento is located 31 miles from Naples. Perched on 500-foot cliffs overlooking the bay of Naples and Salerno, Sorrento is truly spectacular, and was a favourite destination to wealthy Romans and residence to famous artists such as Byron, Shelley, Verdi and Wagner. It is also the gateway to the Island of Capri, a magical place where white cliffs rise to cradle the old town. Pompeii is close by too, as well as the picturesque fishing village of Positano.

The Azamara shuttle bus dropped us off near the main square, the Piazza Tasso, and we explored the small alleyways, looking at the locally produced Limoncello liquor and stunning examples of marquetry, both regional specialities. We were lucky with the weather, even though rain threatened it never fell and the temperature was about 20 degrees, so quite pleasant. We discovered a delightful shop that sold dried herbs and spices, so stocked up on some pre mixed Arrabiata, and bruschetta packets, as well some other herbs for the store cupboard back home! 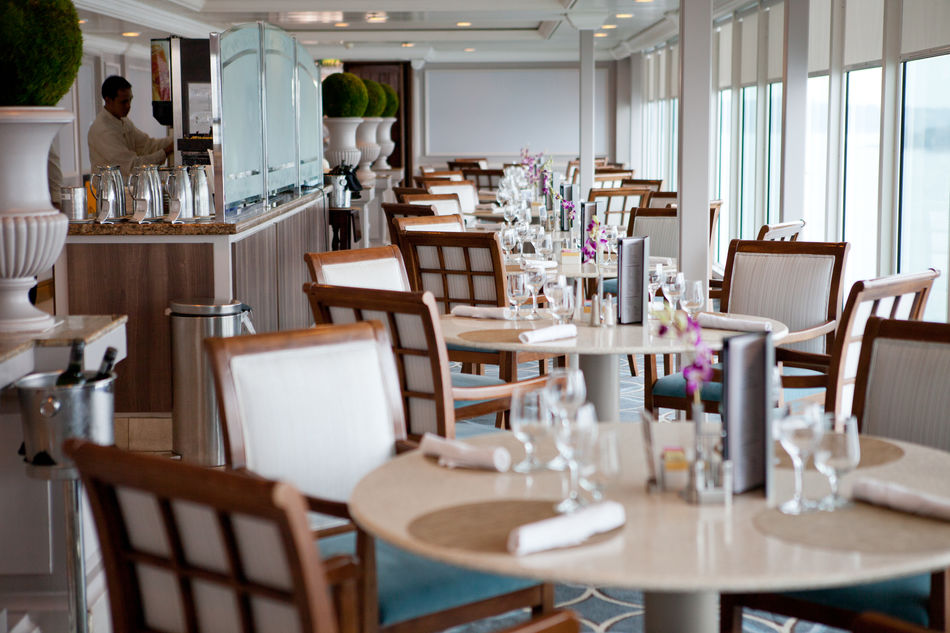 Back on the shuttle bus we returned to Azamara Quest for a late lunch at the Windows Cafe and spent the rest of the afternoon relaxing and enjoying complimentary beers on the deck, chatting with our fellow guests. There are quite a few drinks included in the fare, including a good range of spirits, beers and cocktails; however you can buy a drinks package to include a whole range of additional beverages.

There are a lot of drinks included in the fare, such as:

In addition to the spirits, Budweiser and Becks beer, soda, red and white wine are all included too, so a good selection. There is also a good range of cocktails made from the above, such as Appletinis, Bay Breeze, Mai Tai, even Long Island Iced Tea!

In the early evening, we participated in Suite Upgrade Bingo, where if you win you get to spend the rest of the cruise in the Club World Owners Suite! The bingo cards cost $30 each or $40 for two, well worth it if you win! The Owners Suite is 560 sq ft and features a separate living room, floor to ceiling sliding glass doors, whirlpool tub, balcony and much more! It all kicked off at 6 pm and there weren’t that many people there, so we thought we would be in with a chance of winning. We got down to 2 numbers left but another guest shouted "bingo!" So Lady Luck wasn’t on our side. 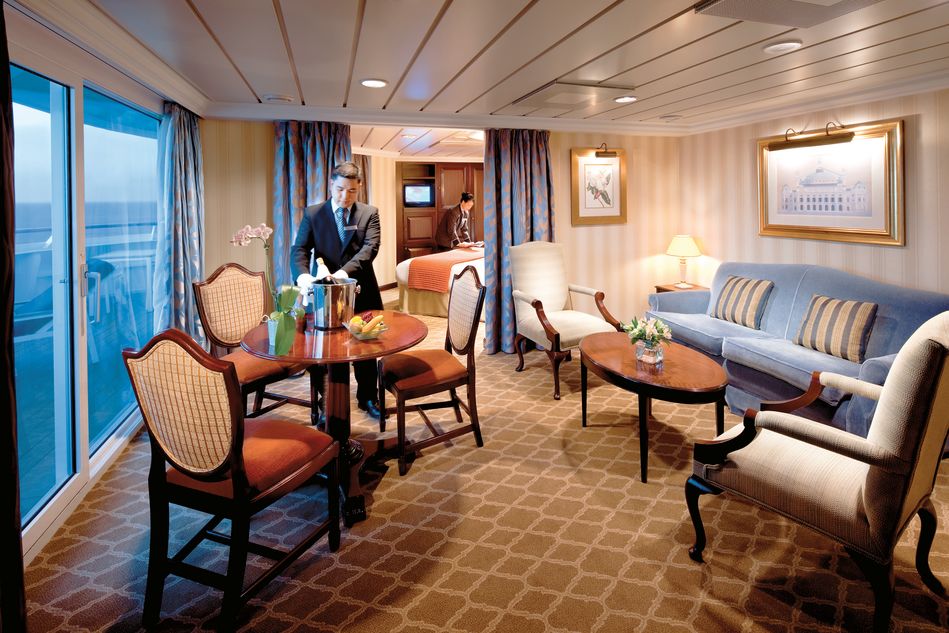 After getting changed for dinner, we headed up to the Windows Cafe, the casual eating area up on deck 9, as the chefs had prepared an Asian buffet. As we were still in port it was lovely to look at the local town in the crepuscular light, as we sat down at our table.

The food on offer ranged from Thai, Indian, Malay, Japanese and more. We sampled the beef randang, sushi, pork curry, Manchurian chicken, duck rolls, Thai fish cakes, chicken spring rolls and fried rice! Our new friend Joan joined us for a few glasses of wine over dessert, then we headed up to the Cabaret show lounge for the first show of the cruise, called Danza of Dance.

There is a Ukrainian ballroom duo on board, and they featured heavily in the show, supported by the ships singers and dancers. It was a medley of dance styles, including rumba, tango and salsa, accompanied by four other singers/dancers. The dancing was great however for me the sound seemed a bit off, especially on the high notes! It was performed enthusiastically and the audience really loved it. After the show we headed up to the Looking Glass lounge as it was request night with DJ Matt. We didn’t stay too long as we had an early start the next day for our tour.