We arrived into Gibraltar at 8am, and the sun was shining in an almost cloudless sky. After a bit of a lie in, we enjoyed breakfast at the Windows Cafe before walking into town to get some duty free shopping. There was the option of taking a shuttle bus or local taxi for two Euros but it’s such a close walk there really is no point. Azamara Club Cruises cannot provide their usual courtesy shuttle bus here due to the local taxi unions, so you are stuck with the locals. 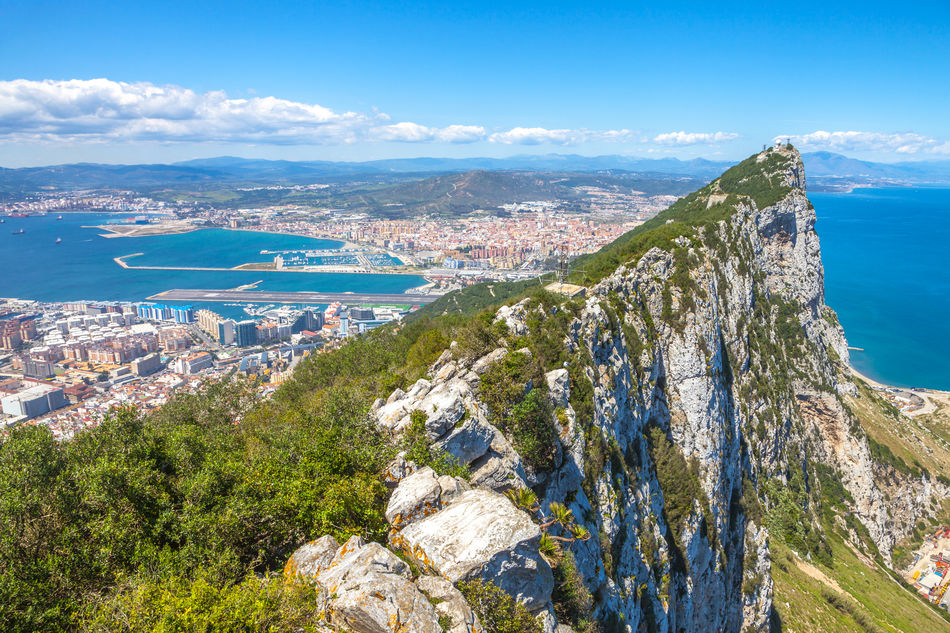 The ship sails at 2pm heading for the Guadalquivir River, which we are due to arrive at 10pm tonight. Apparently the ship sails in backwards, up the river, so that will be interesting. Back on board we had lunch at the pool grill, our favourite place, then I went to the on board lecture about Seville and the river which was very interesting - just to get a bit of background information on before we arrive. Headed up to the open decks for a few photos as we sailed away.

The themed buffet for dinner that evening was British food, so we just had to go! They had a good selection; fish and chips, bangers and mash, beef pie, chicken pie, and a slab of roast beef too. What made me laugh was they also had butter chicken! All the food was delicious, as have all the meals been on board.

After our meal we headed down to The Cabaret lounge for the Captains Waves event. Captain Carl Smith gave a summary of the cruise, touching on our two stormy days at sea, and again reiterating his discussion to skirt around the storm to avoid the even worse weather.

He also mentioned the number of Filipinos that worked on board and the typhoon that had devastated the Philippines - a number of guests had been enquiring about ways the passengers could donate money to help crew members who had been affected. After the Captain, one crew member from the 50 or so different nationalities that work on board Azamara Quest took to the stage for a brief introduction stating where they were from, and then representatives from all the ships departments went on stage to join them. It was really quite moving and lovely to see them all. After this, the lead vocalist from the Azamara Quest singers had his own show. He had a great voice, but his song choices were a bit soporific and he could have done with a few livelier ones to get the audience going!

Read my first-look #cruise review from on board Scarlet Lady, the first ship from @richardbranson new start up… https://t.co/CyBiCuSJQS
57 minutes ago

Read my first-look #cruise review from on board Scarlet Lady, the first ship from @richardbranson new start up… https://t.co/8V8cTba1Im
15 hours ago